The store will not work correctly in the case when cookies are disabled.
Active CMS Builder

Ten weirdest names that our music heroes have given their children

We’ve always know that famous artists often give their children the weirdest names. But why? Opinions are different. Some say that artists come up with strange names for their kids because they themselves are weird or different, so the same should go for their children. After all, an artist would never want to be considered ‘normal’. Others say that it’s a way of attracting extra publicity. According to a third explanation, artists are often creative people who simply find it easy to think up different punk baby names and weird combinations.

Just for you, we’ve put together a list of the most extraordinary names that artists have given their kids:

Let’s start this list with the King of Pop, since these are the names given to his children by Michael Jackson. A little narcissistic, don’t you think? Other parents may name one of their children after themselves, but all three? And, in case you forget, why not give them all the same name?

Michael’s not the only one. Brother Jermain also came up with a strange variation of his own name for his child. He named his son Jermajesty Jackson.

This is perhaps the weirdest name on this list. Pilot Inspektor Lee is the son of actor Jason Lee and actress Beth Riesgraf. So he’s not the child of a musician, but his name was inspired by a song. ‘He’s Simple, He’s Dumb, He’s the Pilot’ by American rock band Grandaddy was the inspiration behind Pilot’s name. But no-one knows where ‘Inspektor’ came from.

The internet erupted when Kim Kardashian and Kanye West came up with this name for their daughter. Online comics had a field day and a steady stream of word memes went viral on Twitter. 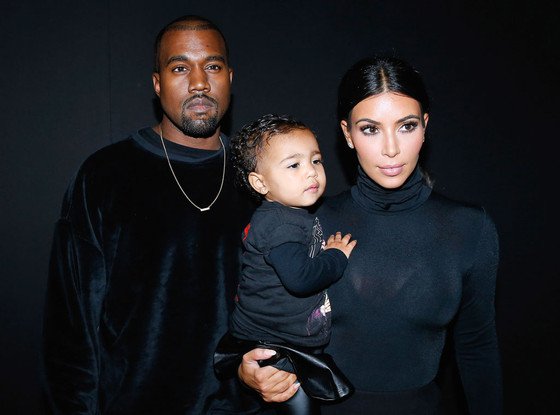 The daughter of Bryan Adams lives life as Mirabella Bunny Adams. We have no idea what inspired the name ‘Bunny’. Maybe it had something to do with the fact that she was born just before Easter.

Although very creative, there seems little logic in these names given to their kids by Gwen Stefani and Gavin Rossdale(Bush).

So Frank Zappa wasn’t just musically creative. The same applied to his choice of child names.

Christina Aguilera gave her first son the perfectly normal name of Max. For her second child, she took a totally different approach and named her daughter Summer Rain.

Shannyn Sossamon, drummer for the band Warpaint, and author Dallas Clayton are responsible for coming up with this unusual name. We have no idea why on earth they chose it. Poor Audio Science…

Red Hot Chili Peppers frontman Anthony Kiedis and girlfriend Heather Christie named their son Everly Bear. ‘Everly’ was Kiedis’s idea and refers to the Everly Brothers, one of his favourite bands. Heather Christie was responsible for ‘Bear’ because she believed they were a clan of bears.

Which is your weirdest rock baby name? Do you know any other unusual famous rock kid’s names that should be on this list? Or does your little artist have an extraordinary name? Please share in the comments section!